The standard of football in India has increased by leaps and bounds in the recent past. Thanks to all the tournaments that have started taking place throughout the year such as the ISL, Durand cup, IFA shield, Subroto cup, Indian super cup etc. These tournaments have made the sport more competitive and have also encouraged the youth to start pursuing their passion in the early stages of their lives.

Continuous tournaments also help the players to understand their strengths and weaknesses. It helps the supervisors gauge the hidden talents and the potential candidates who could play for the Indian Football team. However the question that rules the minds of avid football followers is whether India will be able to qualify for the next FIFA world cup. Preparations are in full flow as various countries gaze at the big moment.

In order to qualify for the World Cup, there is a qualification process laid by the governing body to be followed by each team. Let us have an in depth analysis of the same.

The Asian Football Federation (AFC) comprises of 47 members including India. The international governing body of football, FIFA has reserved 4.5 places for AFC which means that top 4 teams in AFC World Cup qualification will go through the FIFA World Cup whereas the 5th team will have to play an inter confederations play offs (home and away). Since Qatar is hosting the FIFA 2022 World Cup, therefore it’ll be granted direct entry.

There are 46 teams (excluding Qatar) taking part in AFC qualification for FIFA World Cup which are arranged in ascending order of their respective FIFA rankings. India currently enjoys the 14th place in AFC and 97th place in FIFA rankings. There are various rounds to be held from Feb 2019 to Nov 2021 to reach the final stage.

The preliminary round will be played by 12 National teams ranked from 35 to 46 in AFC. Each team will be drawn against one opponent to play home and away fixtures. 6 teams will head to the second round. Since India’s ranking has improved, it does not need play this round.

6 qualified teams of the first round and 34 top AFC teams will be drawn into 8 groups each consisting of 5 teams. Matches will be played in Round Robin format. Each team of the group will face other teams within the group on home and away turfs. The point system grants 3 points in case of win and 1 point in case of draw. In case of equal points, ranking will be decided on goal difference. The top team of each group and the 4 best second teams of the groups will make it through the third round. India will be granted direct entry to this round and they’ll be charged up to improve their game and deliver better than the last time. This will be a tough competition and leading the group will require indomitable spirit and techniques.

Qualifying for this round will mark a feat in the Indian history since it’ll be only one step away from playing in the dream event, the FIFA World Cup 2022. In this round, all 12 teams will be divided into 2 groups. For one year every team will play home and away fixtures with its counterparts. Points and ranking rules will remain the same as the previous round. Top two teams of each group will receive the golden ticket to the FIFA World Cup 2022. The group may consist of Asian Giants like Australia, Japan, South Korea, Iran and Saudi Arabia thereby making it tough for the Indians to make it to top two. However, if India manages to rank third in the group, it can still hold onto hope for appearing in the FIFA World Cup 2022.

This round is for the teams finishing third in their respective groups of the third round. The third-placed teams of each group will play home and away fixtures to decide which team will represent AFC in the inter-confederation playoff round. Finishing amongst the top 3 countries at this stage will require every bit of determination from all the players of the Indian team and if they do, they can rightfully earn themselves a chance to fight for the place in an inter-confederation playoff round.

The winner of the fourth round will play inter-confederation playoff against a team from one other confederation (CONCACAF, CONMEBOL or OFC). The opponent is selected by draws. The aggregate result from home and away fixtures shall decide the team going to play the FIFA World Cup Qatar 2022. If India can make through as the team from AFC for inter-confederation playoffs, the Blue Tigers are likely to face teams like Peru, Honduras, and New Zealand in this round.

Looking at the current form of the Indian team, it is likely that the Blue Tigers are capable of displaying an excellent show and who knows, if miracles happen, we might make it to the historic moment, the FIFA World Cup 2022, Qatar. Many teams might be blessed with some of the greatest players the world has ever seen, however victorious are the ones who believe in themselves and work towards greatness. India seems to be doing great under the leadership of the best footballers in recent times, Sunil Chhetri. It’ll be a dream come true for all the Indians to see their nation at the FIFA World Cup, 2022 and hear the national anthem. What a moment will that be!

I already have goosebumps. Do you too? 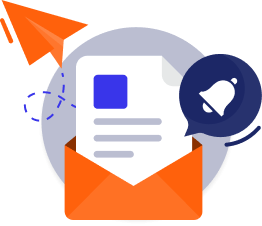